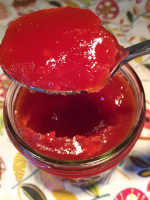 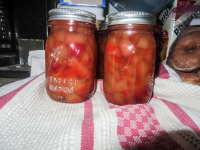 Watermelon pickle is made using the white part of the watermelon’s rind. It is delicious by itself as a winter treat or as a condiment with turnip greens or turkey and cornbread dressing. Home canning is a delightful cooking experience, but requires equipment such as a canner (very large pot), a rack for the jars to rest in, and the jars and lids. I recommend following the home canning guidance in the ‘Ball Blue Book of Preserving’ to obtain precise instructions on how to sterilize jars and guarantee results that are tasty and safe.

My first recipe of the evening was the watermelon pickles.